I honestly didn’t know Roger Seibel at SAE Mastering prior to a great referral from Rod Wolber. As it turned out, Roger did an outstanding job and was a great guy to hang out with that day.

I learned that day that Roger was part of the mixing and mastering team along with Manfred Eicher at ECM during those great early years. His lobby wall is covered with album covers from Chick, Keith Jarrett, Ralph Towner, John Abercrombie and a bunch of my other heroes. What a gem to have here in Phoenix!

I was telling Roger that Ralph Towner’s album Solstice was one of my favorite albums of all time and asked him if he was involved in making it. He went into his storage room and returned with the original tape of the session that created Solstice. Attached is a photo. I felt like a painter getting to touch an original Rembrandt. (Jazz geek!) 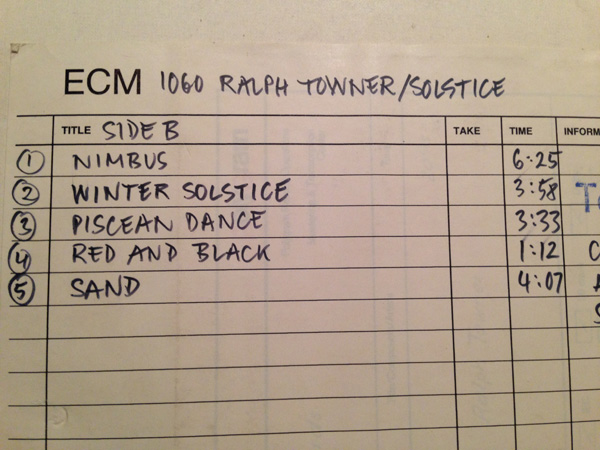