I am writing my new book. It covers an important topic with which many players struggle. Namely, the ability to play with more of a deliberate and accurate sense of rhythm. I originally titled it Time and Rhythm Savvy because I was making a distinction between the steady pulse of music and the stream of rhythmic variations we perform within it. But after a bit of writing, I streamlined it, wishing to merge time with rhythm.

The book is divided into three sections, and I will also create a separate book for each section. They are:

Here’s an excerpt from Metronomic Rhythm.

Earlier, we played rhythmic patterns between two notes at 40 bpm. Now let’s play rhythmic patterns throughout a longer duration. The two audio files below are click tracks. The first one called Metronome with two bar gap @110 consists of 4 bars of clicks @ 110 bpm, two bars of silence, then two bars again of click.

The point is for you to play a scale, pattern or repeated notes over the four bars of click, then continue playing in tempo over the two bars of silence and be in time as the remaining two bars of click come back. So you are playing over the entire eight bars as the click goes in and out, remaining in time.  Record yourself and listen back. The quarter note count off is followed by 8 bars.

How did you do? Were you with the click when it came back after the silence? Try it again with the click at 90 bpm and the gap of three bars instead of two. This is harder because of the slower tempo and the longer gap.

The more complex the pattern or melody, the more difficult this becomes. If, by playing single quarter notes, you are able to meet the click when it comes back, turn up the degree of difficulty by playing a scale or pattern. Try these: 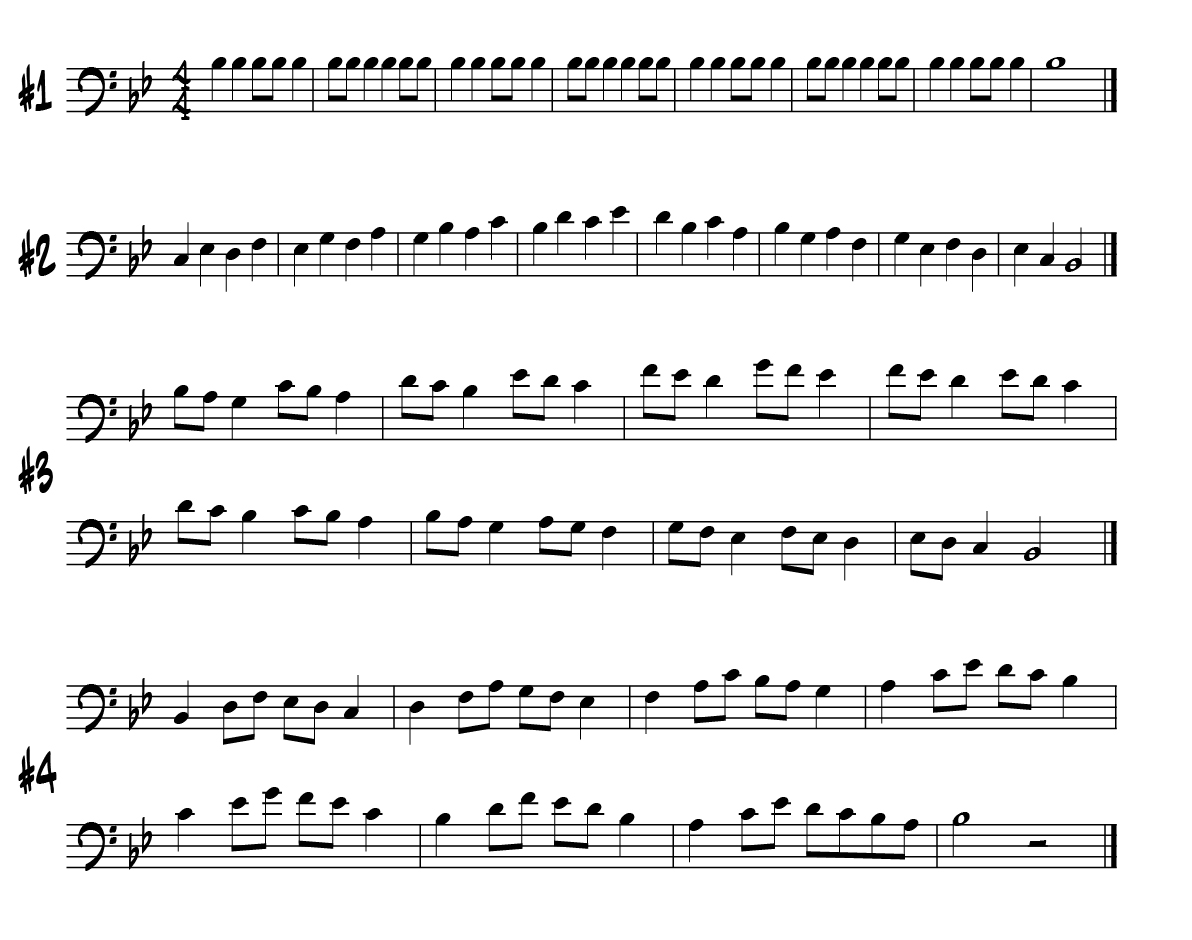 Play, record, and listen to the following exercises once you master the previous ones. This is one exercise where the longer notes become more difficult. Play them with the slower tempo if you wish using the sound file.

Wide intervals present their own challenges. The following exercises present you with wider intervals which, in themselves, are more difficult. Play them with the previous metronome audio files as well as the file below called Metronome with four bar gap @136. Four bars is more difficult to maintain the time. Try the other exercises with this audio file when you are ready.