I wrote a post on Roger’s early days with Manfred Eicher at ECM. Roger shared some interesting stories about those innovative days at ECM and what an extreme perfectionist Manfred was about every aspect of the recording, mixing and mastering process. And if you’re familiar with the sound of ECM, it makes sense.

Off to the side of Roger’s studio was an interesting machine that looked like a cross between an electron microscope and a vinyl turntable. Half the day went by before I finally asked Roger about the strange machine. “It’s called a cutting lathe”, Roger replied to my inquiry. According to Roger, only one person even knows how to operate the complex machine that was used to create those pristine records of ECM. I forgot who it was, but it wasn’t even Roger. 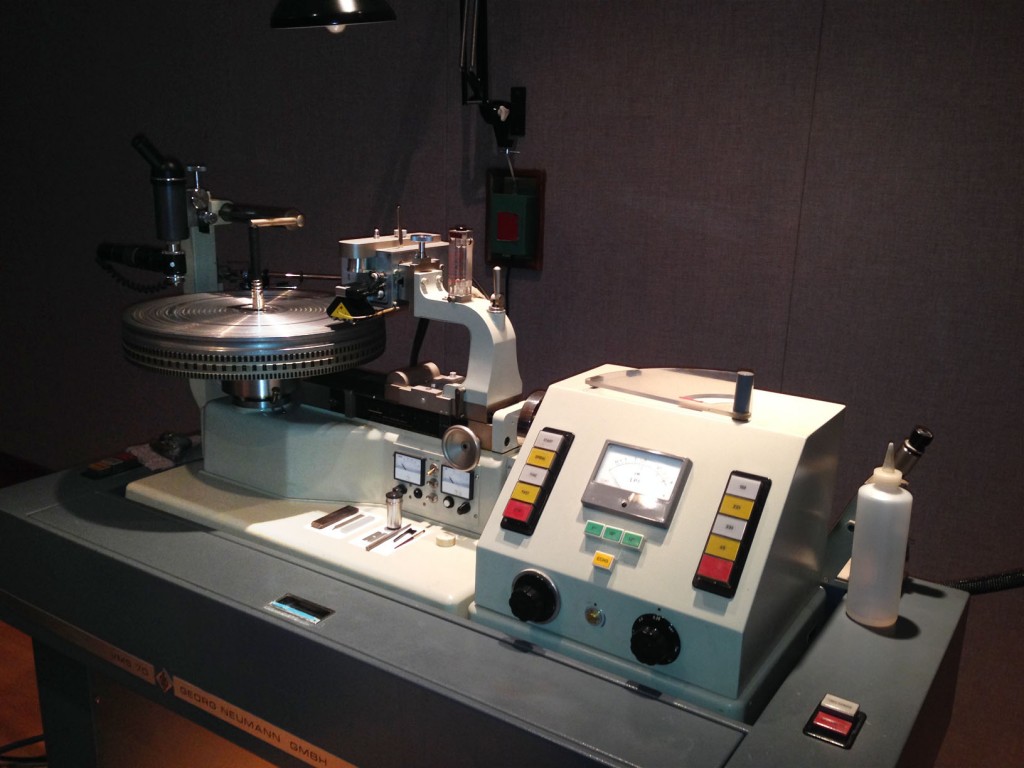