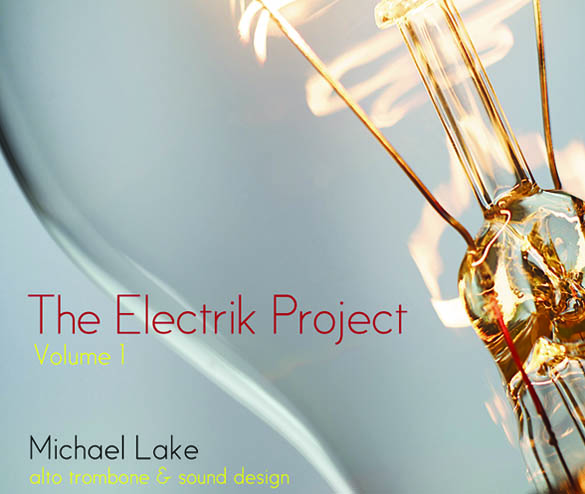 The alto trombone played throughout this album is performed in a manner unheard of in modern music. The Electrik Project is a collection of songs built out of natural sounds, unnatural synthesizers, sampling, and of course alto trombone.

This album lived at #1 on the Electronic Music Charts for several weeks. Some are fun, some are serious and some are unsure, but as Stan Pethel of the International Trombone Association began his Star Trek rich review of the album:

At an undisclosed, highly secretive, and closely guarded location somewhere in the depths of Arizona there exists a meticulously assembled sonic laboratory of new and vintage equipment with one goal in mind. World domination.

Demonstrating versatility and creativity, composer and trombone player Michael Lake takes listeners on an intriguing jaunt through his new recording, The Electrik Project, Volume 1. From reflective moods to party atmospheres, the recording shows traits of electro-funk, smooth jazz, and Latin dance molded into a body of work that showcases his custom-honed style.