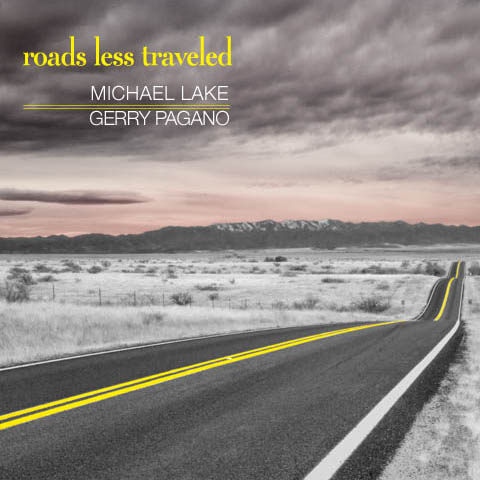 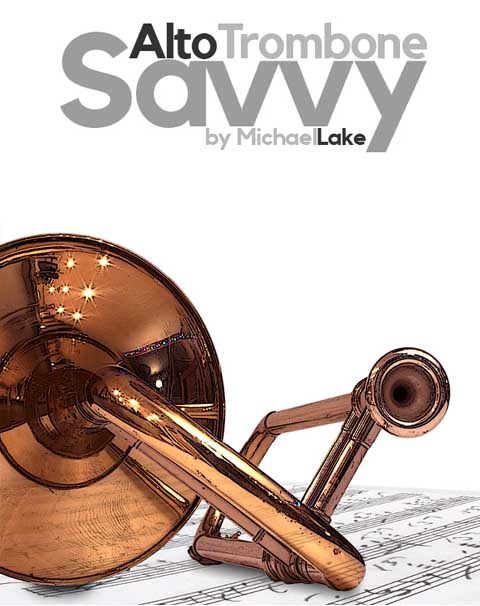 To quote an advertising line from the past, “This is not your father’s method book.”  Alto Trombone Savvy is a thoroughly 21st Century production by a master of the art and the instrument.

The title of Roads Less Traveled isn’t just talk; it basically defines Michael Lake’s entire career in music. Lake has made his way in the music world by playing the alto trombone—an instrument that many would simply look at as a novelty horn. Many years ago, his teacher at Arizona State University—a graduate assistant named Kevin Hedges—turned him onto this lesser-used little brother of the tenor trombone; it’s been his go-to horn ever since.

– Dan Bilawsky, All About Jazz

Roads Less Traveled is a fortunate intersection of musical growth, versatility, and technological magic. Both trombone performers have range, control, and an understanding of musical performance styles. There is never a lick that is chipped or overplayed, and the arrangements are fantastic.

A wonderfully diverse music collection is presented in Roads Less Traveled featuring Michael Lake with Gerry Pagano. The ingenuity behind Michael’s latest lies in the fact that he played all the instruments with the exception of the bass trombone (Pagano). He then mixed them superbly to whereas sometimes it sounds as if an entire section is playing all at once. Who would have thought that music of this caliber could be produce mainly with one musician and his alto trombone?

At an undisclosed, highly secretive, and closely guarded location somewhere in the depths of Arizona there exists a meticulously assembled sonic laboratory of new and vintage equipment with one goal in mind.  That goal is world domination.  The world being targeted is that of the alto trombone, all styles and genres.  The genius behind the movement is one Michael Lake.